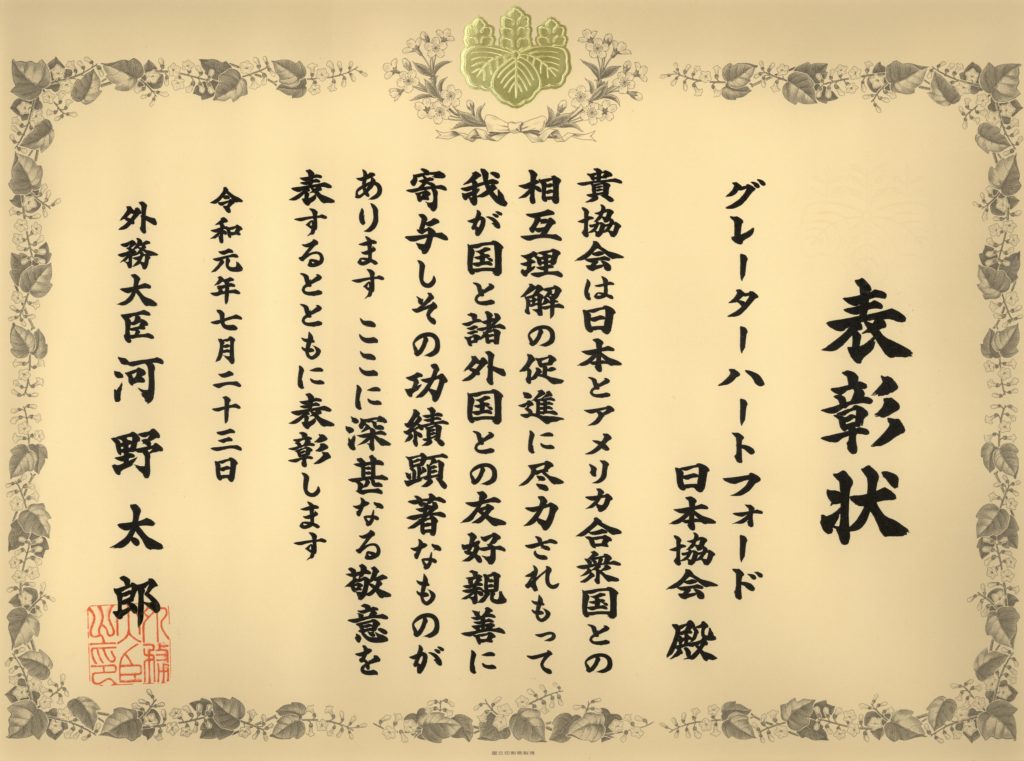 Everyone at JSGH is honored and happy to be acknowledged our activities in this way.

The certificate roughly translates as:

Your association has been instrumental in promoting mutual understanding between Japan and the United States of America and has contributed to the goodwill and friendship between Japan and other countries. I am here to express my deepest respect and commendation.