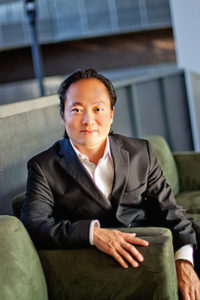 One of our devoted members/volunteers, Ms. Mitsuko Yoo’s son, Scott Yoo’s stellar “Now Hear This” series is set to air nationally on Great Performances beginning September 20, on CPTV. It’s the first series about classical music on American primetime TV since 1967.

Mr. Yoo grew up in Glastonbury and has quite a following in the Connecticut music scene.

Be sure to tune in on September 20!